The common advice to ‘Write What You Know’ really is lazy, negative and limiting. The whole idea of creative writing is to explore new ideas, learn new storytelling techniques and to engage the reader. But admittedly, one’s writing is coloured by life’s experiences. And occasionally I have unashamedly fallen back on the comfort blanket of that bad advice.
My debut novel Barry features an Irish character, Jimmy. Now Jimmy had a shady background – certain persons want him eliminated. Changing his appearance, he rocks up in Birmingham and ends up working as an assistant groundsman at Edgbaston, home of Warwickshire County Cricket Club. I watched plenty of cricket there in my younger days. 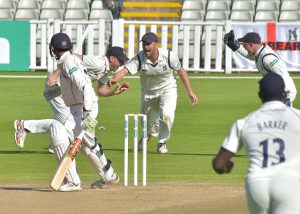 So anyway, Jimmy got a job at Edgbaston. Here is a paragraph describing his days there. 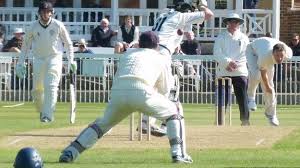 ‘He continued to work at the County Ground and was enjoying the outdoor life. Still, he was the cod Irishman who was puzzled by everything about the game of cricket. Though he naturally sided with Warwickshire and now recognised most of the players, he relied on his work colleagues or the reaction of the few people in the seats to tell him when the team were doing well. He realised that it was a good thing if a local man whacked the ball to the boundary, thus earning four runs. And if a Warwickshire bowler managed to knock down the stumps with the ball that was good also. But for the rest he was lost, though quite content to remain so. He no longer worried why, if the match was a draw at the end of four days, there was no extra time or replay. He was happy to follow orders, to enjoy his work and the company of the other lads and then pick up his money.’ 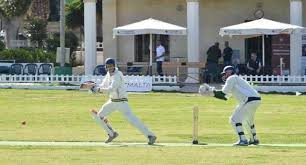 Happy to hear your views on whether that common advice accords with mine.

18 thoughts on “Write What You Know?”