If there were to be a race to elect Jersey’s most famous daughters it is likely that Emilie Charlotte Le Breton (otherwise Lillie Langtry) would win fairly comfortably. But keeping her honest and maybe taking the other podium places would be sisters Julia and Harriet Westaway.

The Westaways seared across the Island’s firmament during the 19th century and whilst Julia, the last to live in Jersey died in 1901 their legacy lives on to the present time. 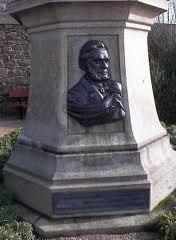 Nathaniel Westaway was a master builder and was prominent in the early part of the century when Jersey was experiencing great expansion and a trading boom. He and his wife Ann had five children but with only John, Harriet and Julia reaching adulthood. 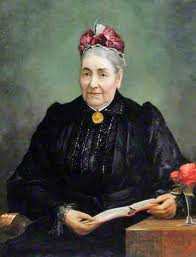 When Nathaniel died in 1852 his considerable wealth was split between his three children. An unfortunate disagreement occurred when John, taking it upon himself to administer his sisters’ investments, sought to charge them for so doing. Harriet and Julia refused feeling John’s interference quite unnecessary. Astonishingly things came to such a pass in 1861 that John enforced the debt and, refusing to back down, the sisters were committed to the debtors’ wing at Newgate Street Prison. John, in a mounting rage, committed the sisters to ‘short commons’, a contribution barely keeping them alive. At last Harriet became so ill the sisters had to pay the debt.

Memorial to those who died on the Normandy

Harriet re-wrote her will totally in favour of Julia who, in turn, left all her possessions to various charitable trusts and institutions. Harriet died in 1892 and Julia in 1901. John had died in heroic circumstances (see below) years earlier but now his grandson John stepped in to contest the will saying Julia had been of unsound mind. Jersey’s Royal Court upheld the appeal.

Happily the Privy Council thought differently, overturned the appeal and Julia’s fortune was distributed according to her wishes. Most notably the Westaway Trust has done sterling work in the years since by providing footwear to children. And though the need is now far less the Trust is still carrying out Julia’s wishes.

Many of the buildings constructed by Nathaniel are still a part of the St Helier townscape including the family home at St Saviour’s Crescent.

I am including two photographs from St Saviour’s Churchyard. The simple memorial is to Nathaniel and Ann together with Harriet and Julia.

The large, three-panelled memorial commemorates the wider Westaway family and pointedly omits the two ‘black sheep’ who did so much for their island home.

Brother John’s reputation was saved by his heroic conduct on the night of the sinking of the steam packet Normandy on March 17th 1870.

28 thoughts on “The Westaways of Jersey”