So, how are you going to vote on Friday? In what? In the Irish General Election of course. Since 1997 Fianna Fail, the ‘Soldiers of Destiny’, have overseen first of all the remarkable rise of the Celtic Tiger and then somehow clung on through the economic disaster which first hit the Republic towards the end of 2007. Today, with all pretence at running the country abandoned, they show at 16% in the latest opinion polls.

Seemingly certain to cruise home as the largest vote-winners are Fine Gael, the second of the traditional powers in Ireland. These two parties have their origins in the birth of the Irish Free State way back in the 1920s. FF were the anti-Treaty party, opposing the agreement which sequestered Northern Ireland from the rest of the island; FG were the Treaty party. The lines have blurred beyond recognition over the years.

Such is the nature of the Republic’s proportional representation system that it is rare for a single party to hold sway without the support of a minor party. This makes for weird stuff with FF getting into bed with the Greens, keeping them in power until the latter panicked and ran. Come the weekend it is likely that FG will be cutting some sort of deal with Labour in order to give themselves a workable majority. 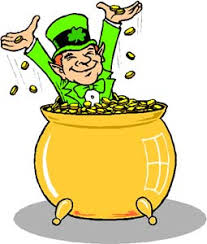 And will any of it make a bit of difference? The country is broke, propped up with emergency money from the EU and others, including Great Britain, its biggest trading partner. In the present trading climate it is said that it will be almost impossible to service the new debt. Taxes, already at an all-time high, will have to be ratcheted up again, no matter who is in power. Government spending cuts will continue forcing more people out of work. Every decision made by the Government will have the EU and IMF crawling all over it before approval. There is no leeway.

As always the ordinary people are taking the hits. Those that have merely seen their take-home pay shrink are the lucky ones. Many have lost their jobs as businesses up and down the country close their doors. Few are making profits, most are just holding on trying to ride out the storm – they probably won’t. They say 1,000 people a week are emigrating, mostly the young ones – good professionals, those recently graduated with top grades, anyone involved in construction. Forget a career in Ireland for the foreseeable future. Many of those who were ‘lucky’ enough to own homes are handing the keys back to the lending banks. There are presently something like 600 ‘ghost estates’, some 300,000 empty and unwanted properties in the country, a reminder of the madness that brought the country to its knees.

On a local level for example, roads are pot-holed from the harsh winter. The council’s budgets are used up. They chase businesses for unpaid rates – the businesses can’t pay. The roads remain unrepaired. No one has money for the pub. The pubs are closing putting more ordinary people out of work.

Meanwhile the outgoing government, seeing its fate too clearly, continued the endemic Irish practice of cronyism, filling various well-paying posts on quangos with party favourites in its dying days. Corruption and favouritism amongst those in power, or seeking power, is well-documented. Ireland has an unenviable record when it comes to connivance, pay-offs, cover-ups etc. Politicians, bankers, developers are all in it together and many a blind eye is turned to wrongdoing.  It is, in many ways, a very sad country. Justice depends on who’s being judged.

So no, I don’t think I’ll bother voting on Friday – I’ve not even checked if my passport entitles me to.