Rugby’s not my game particularly, but I try to keep up. Therefore I was intrigued by a column in the English Daily Mail yesterday about Keith Murdoch, the former New Zealand prop forward. It’s not a new story but it’s the first time I’ve read about it. It bears retelling.

Murdoch represented the New Zealand All Blacks in the early ‘70s. All down the years, as every sports fan knows, the ABs have set the highest of playing standards. They are legends wherever they travel and they are a big part of the New Zealand psyche.

The 1972 ABs who toured Great Britain were, by all accounts, not the most attractive bunch. They went out of their way to be intimidating and unfriendly, off as well as on the pitch. Murdoch was reportedly a particular nuisance and a worry to the team management. Indeed he physically assaulted the respected journalist Norman Harris in a Scottish hotel prior to the main incident which had him put on the plane home. Outside the Angel  Hotel in Cardiff Murdoch took a swing at a security guard, and that was the end of his tour.

Murdoch never got to New Zealand. He disembarked at Perth and disappeared into the Outback. That was in 1972. He has rarely been encountered since. His old mates keep a seat for him at their reunions but, at age 69, he’s never shown any intention of returning to the limelight.

Isn’t it strange that this somewhat aggressive and unsocial character would seem to have found some sort of inner peace by leaving behind the world he knew? He’s worked his passage over the years doing manual work but only rarely acceding to interviews. Hopefully he’s happy.

Bernie Taupin
Taupin is of course Elton John’s songwriter. He was brought up in rural England and teamed up with John in the late 60s. Together they had huge and instant success with Taupin’s lyrics and John’s musicianship and showmanship. And their collaboration has endured to the present day.

But while Elton John is one of the pop superstars of our time, Taupin has been content with his role as provider. He had his own ambitions and dreams. Prominent amongst these was his fascination with America’s Old West. The amazing Tumbleweed Connection album, and later Captain Fantastic and the Brown Dirt Cowboy embodied this fascination. 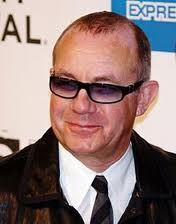 But while most of us have our dreams Taupin went and lived his. He bought a ranch in California and lives the life he once dreamed of.

I blogged in Mademoiselle Marmalade  about a work colleague who decided on a 90 degree change in her life – it’s working out well.

My own  little dream is to end my days in a small Irish cottage. All I’ll need are the basics, an Internet connection, and a decent pub within walking distance. Not so much to ask for is it?

11 thoughts on “Living the dream”