Hardly matching the Irish diaspora, but you’ll find Jersey surnames all over the world, principally on the Gaspé Peninsula, Quebec, a reminder of the flourishing cod fishing days there.

But a more unusual link is that created by Philippe L’Escaudé of St Ouen, the parish situated in the far north-west of Jersey. It turns out that he’s the great-great-great grandfather of William Cody, or Buffalo Bill. Philippe was born in Jersey in 1668 into an old established Jersey family. At some stage Philippe emigrated, quite possibly to Canada. Along the line the surname was corrupted or amended, but the acute accent over the final ‘e’ of the surname would certainly explain how that came to be.

William’s (that is Buffalo Bill’s) father Isaac was born in 1811 in modern Ontario and his mother in Trenton, New Jersey (which itself is highly significant in Jersey’s history). William was born in Iowa in 1846. He became a hunter, soldier and Indian fighter, but his reputation was artificially enhanced by a writer, Ned Buntline, who made money out of his mostly fictional Buffalo Bill adventures. 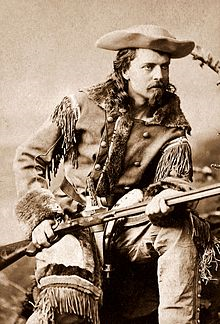 William later became famous for his touring Wild West show, a pastiche of what life was supposedly like in those pioneering days. He died in Denver in 1917.

Today Philippe’s former Jersey homestead in St Ouen is marked by a plaque, fittingly in Jersey’s own wild west. 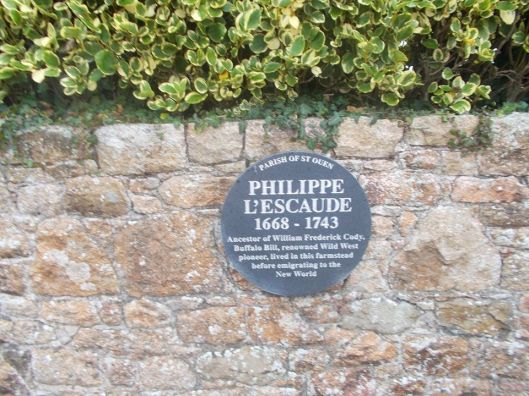