Yesterday I picket up my pocket camera and headed off for a nice easy run. This particular spot in the south-west corner of the island has always fascinated me. It’s on the Railway Walk, the course of the railway which ceased to operate in 1935. 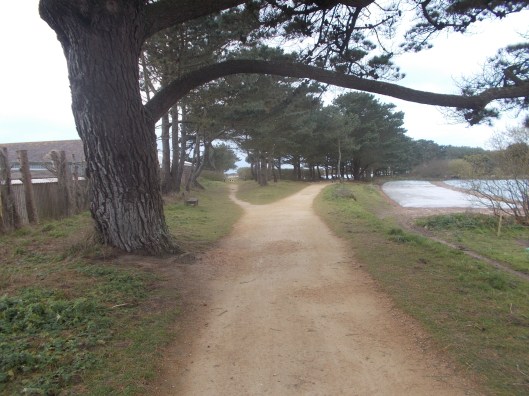 The track to the left was the 1885 original, running over to the quarry at La Moye, now used by the Jersey Waterworks Company. 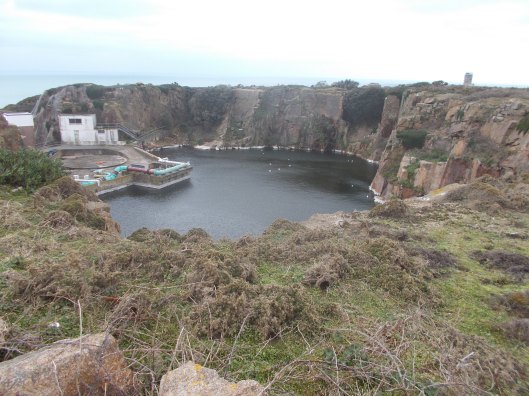 In 1899 the extension to the Corbière Pavilion was laid – this heads off to the right and this is the how the old Corbière station looks today. 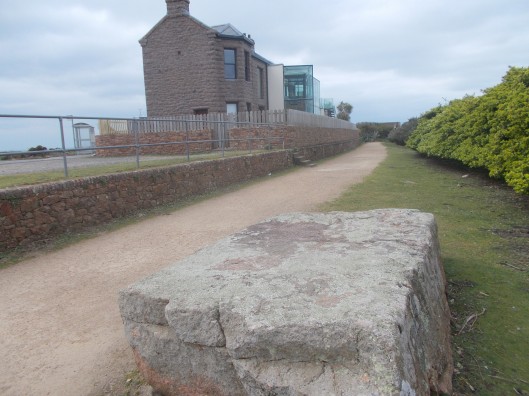 That rock in the foreground is the Table des Marthes, Neolithic, but little else about it is known.

Returning to the top picture, after the extension was laid the left branch was abandoned, but for a while there existed a temporary request halt right at the spot where the bench stands. It was named The Temporary.

4 thoughts on “The Temporary”