The United Kingdom leaves the European Union tonight. Us oldies remember the EU as the Common Market which the UK joined in 1973 after years of General de Gaulle saying ‘Non’.

Here in Jersey (Channel Islands) we had no say in the 2016 referendum in which a narrow majority of the UK population voted – unexpectedly – to leave the EU. With only a basic knowledge of the issues involved I too would have voted in favour of leaving. Everything that has happened since has only confirmed that gut instinct.

Of course the arguments on either side didn’t cease on the announcement of the referendum result. There have been repeated calls for a second referendum so that the ‘correct’ result could be achieved, once people had come to their senses and realised the implications of what they had done. Quite rightly (in my view) those calls were batted away. Ireland has a history of repeating referenda in slightly different forms until the desired outcome is achieved. In 2013, Jersey held a referendum concerning electoral reform. The result was ignored. The UK upheld the principle of going to the people.

I think that the issue of immigration perhaps tipped the balance in 2016. There were scare stories at the time that might have had some running for cover. But the UK has always struck a good balance in this regard, better than most jurisdictions. And it will continue to do so outside of the EU.

But my hypothetical vote would have been cast mainly on the concept of sovereignty. The EU has more or less swallowed up the UK in this regard. Even though we have had a seat at the table it is France and Germany who have wielded the power. 900 years of Anglo-French wars and two catastrophic world wars with Germany have never augured well for future accords. But no one seriously thinks that world security and the likes of NATO, will be endangered. Neither will the many cross-border protocols, such as those for the sharing of vital security information. It is in the interests of all parties that they be maintained. 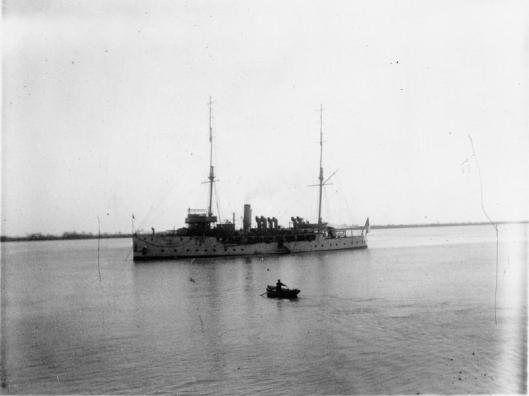 Post referendum, much of the concern has been about trade deals, tariffs etc. My inexpert view is that there will indeed be teething problems, hardship, stress for those who trade cross-border. But history has shown that markets sort themselves out pretty quickly, and this will be the case once more.

Interesting how the Scottish nationalists now see a window of opportunity to further their ambition to secede from the UK. A greater concern is the island of Ireland, part in and part out of the EU. How that is handled trade-wise and security-wise will need wise heads.

So, Remainer or Leaver, it’s all done now. I’m an optimist. How about you?

9 thoughts on “Dust Off the Gunboats”