Recently we here in Jersey were treated to a lovely little playlet which portrayed six ‘forgotten’ Jersey women, those that defied convention and helped others to follow on more easily. I’ve blogged before about the ‘Surreal Sisters’ Lucie Schwob and Suzanne Malherbe. Others to feature were Caroline Trachy (politics), Elinor Glyn (literature) and Florence Boot née Rowe (philanthropist).

In truth, Lilian Mary Grandin was never entirely forgotten, but maybe one Jersey resident in a hundred would recognise the name today. We think nothing these days of women doctors, but it was noteworthy in the extreme until fairly recent times.

Ms Grandin was born in Regent Road in 1876, where a plaque commemorates that fact. She was educated at Jersey Ladies College. A devout Methodist, she was determined to serve as a missionary. To this end she studied medicine and chemistry in Edinburgh, midwifery in Dublin (no doubt at the Rotunda) and tropical and eye diseases in London. She was sent off to Yunnan Province in China where she was to spend what remained of her life.

Pupils from Jersey College for Girls visit Grandin’s grave in 2014.

In Yunnan she set up a clinic and leper colony and trained many Chinese women as nurses. In 1912 she married the author Edwin Dingle but continued with her profession.

In 1924 she developed typhus symptoms, but gave her remaining dose of typhus medicine to a patient. She died a short time later, aged just 48. 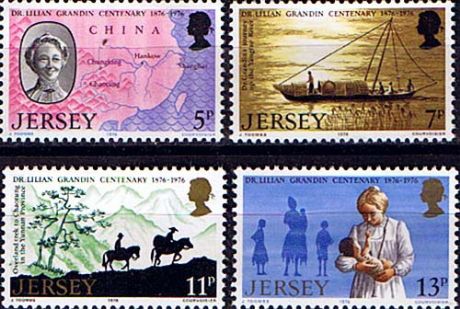 The clinic she founded in Yunnan is now a hospital which treats 60,000 patients a year. There Grandin is remembered as the Angel of Zhoutong.