My second book, ‘A Jersey Midsummer Tale’, isn’t very good. It just doesn’t work and several times I’ve thought about unpublishing it. What’s stopped me from doing so is the fact that there are some pretty good bits in there (if I might say so).

When I was writing it, it had dawned on me that writing has no boundaries; it was my book and I could put what I wanted in it. It was thus that I came up with Chapter 10, spotlighting Lucille, a simple Jersey farm girl. The year is 1935 and her head is filled with images from magazines and films of the day. She’s a dreamer. And one day she has a dream. Aeroplanes were still a novelty but Lucille found herself on one.

The plane dipped and turned and she saw now with surprise a coastline with blue sea shimmering in the sunshine. The plane circled low over the sea and now there were yachts and smaller boats and a harbour and a town.

Then, after the plane had landed

‘I’ll take your bag Madame, if you’ll step this way.’ He gestured towards the car.
‘Thank you, but…can you tell me where I am?’
‘Why Miss Lucille, this is Monte Carlo Airport.’

After checking in to the poshest hotel in the town, Lucille went for a walk. 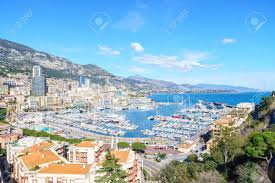 Through the hotel grounds and into the busy streets she strolled, turning left towards the harbour. People smiled at her as she walked, ladies envied her, men admired her and she smiled and blossomed at the occasional wolf whistle. She walked tall, shoulders back as she examined the goods in the unfamiliar shops. A flower seller stepped out from his stall and presented her with a red rose with a little bow. She passed on the kindness by bending down and handing the rose to a little girl who followed Lucille with her big eyes open as she clutched her unaware mother’s hand.

She met a couple of familiar-looking women at a waterfront bar. 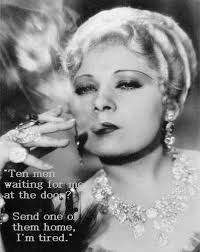 I don’t think we’ve met,’ her neighbour went on. ‘Of course I know who you are. But my name’s Greta and this is my friend Mae. Mae, this is Lucille from Jersey.’
‘Hello!’ said the lady the other side of Greta who Lucille noted for the first time. She was blonde with remarkable red lips.
‘We’re in the movie business Lucille, but maybe they don’t show us in Jersey?’
‘Oh but they do! Only this morning I was at the pictures watching John Wayne…’ she paused, momentarily puzzled. Was it this morning, or yesterday, or did she just dream it?

Lucille is invited to a grand dance by the Prince of Monte Carlo. Getting ready, she encounters a shower for the first time.

Cautiously, she stepped into the contraption and twisted a knob. Nothing. Then she pulled down a lever and a freezing jet of water shot over her pale body. Squealing, she hopped out of the shower a lot faster than she had gone in before turning to regard it with suspicion.

And at the dance

Then they danced to the band, the other couples leaving the floor to the Prince and the lovely Miss Lucille from Jersey. After this they edged off the dance floor and, still waltzing, made their way onto the balcony overlooking the town and harbour.
‘Lucille, I think I’m falling in love with you.’
‘No, that cannot be. I am but a humble farm girl and you are a prince!’

And there’s finally a dream within a dream. After the dance Lucille awakes to find Lillie Langtry, the famous Jersey socialite and actress who lived her later years in Monte Carlo, by her bedside. They chat, and Mrs Langtry tells Lucille that, despite her extensive travels, she always loved Jersey best.

‘Why don’t you go back to Jersey then?’
‘Oh but I have gone back, Miss Lucille. And now I think that’s it’s time you also went back.’
‘But I don’t want to go back!’ wailed Lucille, tears starting to fall.
‘My beautiful girl, you’ll find that your dreams will come true of their own accord if you’ll just let them and don’t force them. Now let me help you back’.

A bit Alice in Wonderland, isn’t it?

25 thoughts on “Lucille in Wonderland”