With acknowledgement to Jersey Heritage and Mike Bisson’s excellent Jerripedia.

The FB Fields has been home from home to me since I arrived in Jersey in 1977. Within weeks I had played my first game of cricket there. This morning I set out (unsuccessfully) to do a little intervals session on the athletics track. But, with the exception of one other jogger, the several acres were deserted. 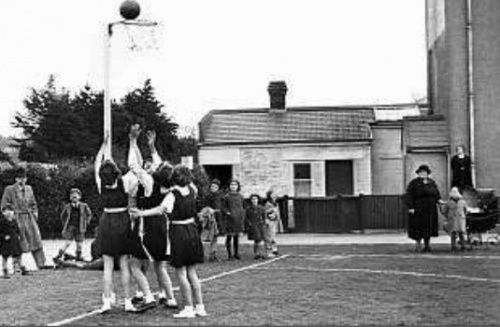 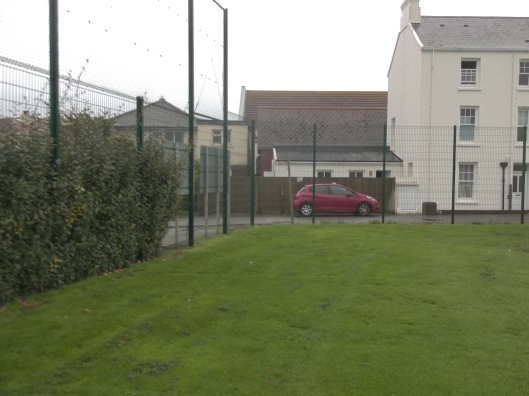 Same scene this morning – the netball girls are long gone.

We know that the previously uncultivated land in the south of the Island was used as a playing fields as long ago as the mid 1800s. The coming of the Jersey Eastern Railway in 1873 made the fields more accessible and, in 1896, a new station – Grève d’Azette – was opened adjacent to the fields.

This section of granite wall is all that remains of Grève d’Azette station.

Enter Jesse Boot of Boots the Chemists fame, who had earlier met and married local girl Florence Rowe whilst convalescing in Jersey. The couple retired to live in Jersey in 1920 and became involved in philanthropic schemes. They bought land in the St Clement area, financed the building of 22 tradesmen’s cottages, and in 1928 gifted the playing fields land to the States of Jersey as trustee, to be used in perpetuity for recreational purposes. They became officially known as the FB Fields. 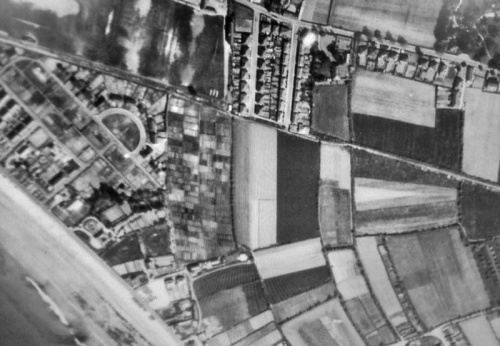 FB Fields in 1945. Top left the scarred football pitches, below them the Boots’ FB Cottages and – to the right of the cottages – the wartime allotments where the athletics track is now situated. Running west to east is the still-visible railway track, disused since 1929.

During the Occupation years the land on which the athletics track is now situated was used as much-needed allotments.

Countless sports have been played there, and most locals will remember it from school sports days and the like. In 1987 the all-weather athletics track was installed, and, in the late 1990s, a superb table tennis centre. 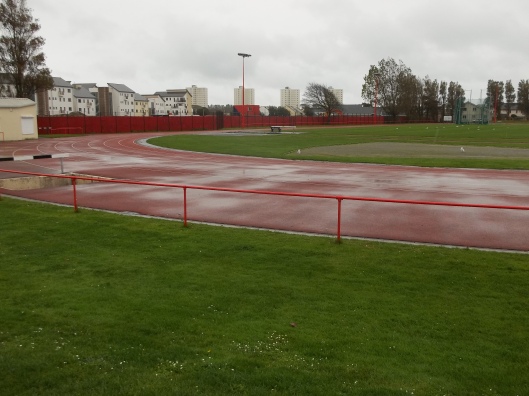 The gloomy and deserted athletics track this morning.

Most of the time the fields are sadly underused. Yet, thanks to the foresight of the Boots, this prime land is protected forever from the rapacious gaze of property developers.

26 thoughts on “FB Fields of Dreams”