I could have gone for the finishing line last night but I decided to leave the cruise to victory to the last day, today. What could go wrong? Like Lewis Hamilton with a big lead I’d motor down the home straight and take the chequered flag, waving to the crowd.

But…what if it was going to turn in to Nigel Mansell in 1986 in Australia? Coasting to the world championship he blew a tyre. He says it still hurts to this day. 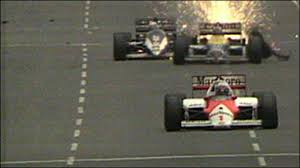 I could freeze with a measly 2000 words to go. The hard drive might crash. Fairies might steal the laptop while I slept. But in the end it was OK, I got there. 50000 words in November. And let me tell you it’s no easy task when you’re working 9 – 5.30. Three hours each and every day. You miss one day and it’s six hours the next.

NaNo has served its purpose for me. I was getting out of the habit of writing, only doing so when I fancied it. This month it’s had to be every single day even if sometimes I felt like chucking the laptop out of the window instead. And by mid-month I was writing fluently and fluidly, really enjoying the writing process once more. Today I could have written all day.

And I have a (very rough) part first draft of Barry 2 which I’ll revisit and rewrite sometime. For now its on with finishing off and publishing A West Cork Mystery.

It’s unlikely I’ll enter NaNoWriMo again but this time it worked for me.