Kinsale, Co.Cork. A quiet fishing village out of season it is jammers during the summer, and with good reason. Renowned for its Gourmet Festival  I can personally recommend The Spaniard for cliff top location, food and a decent pint. Top spot for boaters and anglers. For walkers, march out to the twin forts guarding the harbour – the Spanish were beaten off here in 1601. Love the old church and its cemetery.

Dingle Peninsula, Co. Kerry. Avoid from Easter thru September when the gorgeous coastal drive becomes one long traffic jam. Off-season it is breathtaking for its seascapes and ancient landscapes, ruined castles and beehive huts. Best known as the location for David Lean’s 1970 epic film Ryan’s Daughter and you can track down many of the spots featured in the film.

Best thing on the Dingle – Kruger’s Bar, the most westerly in the British Isles and the drinking joint of choice for John Mills, Robert Mitchum, Sarah Miles & Co. 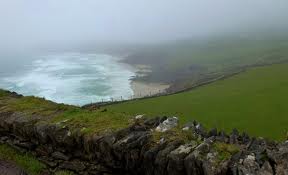 A ‘soft’ day on the Dingle

Waterford, Co. Waterford. With the demise of Waterford Crystal the tourists no longer come. The town has a charm all of its own with its long quayside and Viking Triangle featuring Reginald’s Tower. Old fashioned shopping streets complement newer retail centres. Some excellent bars with my favourite ‘old man’ pub being Jordan’s American Bar, a hark back to its emigration days. The city has been harder hit than most by the recession but it retains its spirit.

Best thing in Waterford – the Quays. 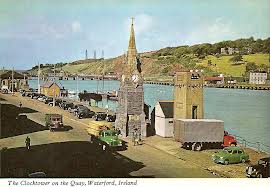 Clock Tower and the Quays

Cork City. I always know that I’ve ‘come home’ when arriving in Cork – a strange sensation as I never actually lived here. The River Lee flows in from the Irish Sea splitting the city in half. As with Dublin the more ‘desirable’ areas lie to the south but the rough-and-ready northside, around MacCurtain Street, is where I’d rather be. The city is an amazingly friendly place with inhabitants always ready for a chat. They’re mad for their sport and there is great support for the county’s hurling and Gaelic football teams. The Mardyke Arena is the best athletics venue in the country.  A great selection of bars and restaurants, and a gateway to the rest of this great county.

Best thing in Cork – the stroll down the Mardyke Walk, Fitzgerald Park and the Lee Fields.

Dunmanway, Co. Cork. Ah now, the home of my forebears lying away to the  midwest of the county. An old market town still trying to come to terms with the 21st century, and some would say all the better for that. The Broadway Cinema, a crouched building on the way out of town, has remained unchanged for 50 years at least. Many of the bars retain the same names as when I was a child. Everybody knows everybody else’s business. The birthplace of Sam Maguire, best known for lending his name to the All-Ireland football trophy. You want a piece of old Ireland, visit Dunmanway.

Best thing in Dunmanway – The Square, now given over to cars instead of horses as in days of yore. 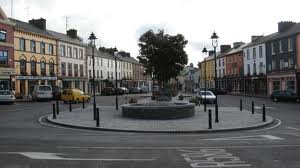