Today is a slightly scary day at work. One of the hats I wear at the legal office where I’m employed is that of Money Laundering Compliance Officer (MLCO). Along with all other Jersey financial and professional institutions we are obliged by law to have in place procedures to prevent money laundering and to combat the financing of terrorism. Today the local Financial Services Commission march in to check that I’m doing my job.

In truth a law practice isn’t that big a target for this type of activity and it is easily policed. Far more difficult is the task faced by my counterparts in banks, trust companies, funds administration etc. And Jersey is highly regulated in the area of AML as are our nearest other finance centres of Guernsey and the Isle of Man. It needs to be to survive.

Finance centres, those offshore in particular, have regularly been the target of suspicion and allegations from a number of directions. Tiresome is the sniping from certain under-informed newspapers, and also those fringe UK MPs whose role in life appears to be counter-productive nuisances. Superficial though these attacks might be they have to be countered with the facts. And the facts are that every external report has given Jersey pretty high marks in the area of compliance.

Not so much the USA and the UK who focus much of their attention our way. This morning comes news of a $1.9bn settlement by HSBC in the US over lax or non-existent AML and sanctions controls. Similarly a $300m fine on Standard Chartered. These are not isolated cases. Where are the high standards there? At least I suppose these settlements show progress. 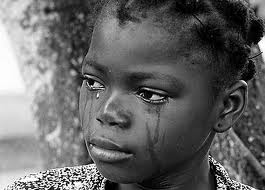 Look up the United Kingdom in the CIA Factbook. There, right at the end, the UK is listed as a ‘money-laundering center.’ So they are ones to point fingers.

But that’s all pretty dry stuff. What engages me in all this is the terrible human price that is paid to enable criminals to make their huge profits. Deaths within the drugs trade are many and routine. Human trafficking and slavery is at horrific levels. And this trafficking goes on pretty much unchecked in the Western world too – it’s not confined to the child brothels of Thailand and Mumbai. There are slaves working in misery in the UK and Ireland as we speak. No US state can claim to be clean in this regard. Where are the checks? Where is the policing?

If we all did our jobs properly here in the so-called developed world there would be no opportunities for illicit profits to be made. The money trains would slow down, or be raided by the authorities. Gangsters at the low end, the grubby end of the drugs and sex trades would have to get proper jobs because their little earners had stopped paying.

That’s why I’m pretty keen to do my tiny bit by making sure I do my job properly.