She was well known around the town but welcomed by few. A blot on the page of a prosperous community going about its business.

The town stood at the head of an estuary and owed its origins to shipping and the commerce that resulted. These days the commercial trade went to bigger ports with large facilities, but the town had reinvented itself down the years. The council had, over time, encouraged the leisure boat market. A small marina stood on the river at the foot of the High Street. It was rarely empty. Along the quayside were to be found all the small businesses that catered to the boaters – accessories, equipment, repair engineers, fishing and outdoor gear, bars, cafés and restaurants.

And up the historic old High Street the traders catered to the visitors as well as the townsfolk. The boaters generally arrived with money and there was therefore a predictable supply of arts and crafts shops, many with a nautical theme. Designer clothing shops could afford the higher rents towards the foot of the hill as could the more discerning tea shops and restaurants.

Towards the top of the hill rents were cheaper and the common or garden citizen would tend to shop here, if indeed they chose not to jump in the car for the Tesco’s that dominated the retail park three miles along the road. Only one butcher remained on the High Street, and only one baker. But nonetheless the town held its own well against others of similar size.

Most mornings she would put in an appearance. Helen lived in sheltered housing a little way back off the top of the High Street. She was dishevelled and grubby with gaps in her teeth. Here she would come, pedalling or pushing her old bike. Always dressed in shirt and trousers and an old cardigan. Sometimes a coat if the weather dictated. Helen glared at every car and passer-by as she approached. She would shout at cars for some imaginary infraction. If you were lucky you would get away with the glare but if you had crossed her path before you were sure to get a volley of uncouth though limited vocabulary flung in your direction before she turned her attention on someone else.

Anger was Helen’s default mode. She had only two more – whining and crying. She didn’t know much but some part of her brain knew that shouting at people would not bring material gain. So, leaning her bike against a lamppost she would push open the door of the baker’s shop. Here it was warm and they had tables and chairs to sit on.

‘A cup of tea, my love’ she would whine at the woman behind the counter. It was her lucky day if, occasionally, the member of staff was new. Then Helen would order currant buns as well and they would be delivered to her table, albeit reluctantly. No one wanted a smelly old woman in their establishment. Once installed, Helen would commence to whine and cry at the staff and any other customers. Complaints, real or imaginary, pain she was feeling, injustices that had been perpetrated upon her. Maybe the customers would, uncomfortably, listen and nod. More often they would rapidly leave. Helen herself, once established, would not leave until thrown out. Of payment there was none, only a stream of curses upon the shop as she retrieved her bike and continued down the High Street.

She might encounter a rare sympathetic ear, some kind Samaritan or a policeman. Maybe a visitor from the boats would take pity on her. The whining and crying would recommence. A regular topic was money, or lack of it. Occasionally a note, or some silver at least, would change hands. On these kindly souls Helen tried not to glare, but she had quite forgotten how to smile.

‘A cup of tea, my love’ she might try again at the next tea shop. More often than not she was refused service point blank and the oaths would rain down as she turned to go. Other shops would consent to serve her but only for payment in advance. It was rare that she had money, or chose to extract it from her filthy pocket, so she would take her custom elsewhere in her usual manner.

Always one of her ports of call was the Medical Centre set back in a garden off the High Street. Here the waiting room was warm, there was a vending machine and the staff tolerated her somewhat as harmless. She could easily cadge 50p for the machine and find someone to whine at for half an hour or so, and to use the loo.

And so Helen’s morning proceeded and she made her way down towards the river.

Naturally she became Head Girl, voted in almost unanimously by a committee made up of teaching staff and prefects. Never had anyone been such a popular choice. Pretty, clever and friendly, she was a credit to the school.

Unlike some of the girls though she hadn’t always found academic life particularly easy. She hadn’t been born with a silver spoon in her mouth either. She was the youngest of several children, her father making his way through life as an electrician, doing his best to pay the rent on their terraced council house and to provide a basic living. Her mother helped out part-time at a doctor’s surgery and made a few extra pounds as a Littlewood’s agent. She was lucky in that Sarah, her older sister by two years, went to the Grammar as well and she was a good fit for the uniform.

She was a hard-working girl and rarely missed a day through sickness, or forgot to do her homework. She enjoyed English, Geography and History but had to work harder at Maths and the sciences. Games she enjoyed and she was popular both for her skill and her wholehearted effort. She blossomed in her teenage years to become a beautiful and confident young lady. Many of her classmates agonised over their looks, their figure, their spots but she sailed serenely on into adulthood. She was the first to have a ‘proper’ boyfriend and of course it was the captain of the Boys’ Grammar rugby XV.

But above all she had time for everyone. She had a large circle of friends and to each she would pay attention in turn, never missing birthdays and always enquiring after their families. If a friend was having problems, maybe over schoolwork or a boy, she would be there to help. And always with a smile. To her teachers she was polite and respectful and no one had a bad word to say about her. 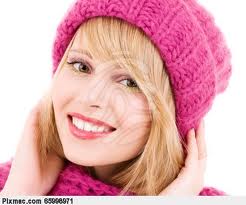 She went away to university, studying Psychology and hoping to make a career in Criminology. She lived happily with her boyfriend, a fellow student, and they would talk about getting married once they had both graduated. As at school she was universally popular and easy to talk to with a ready smile and a willingness to help anyone in trouble.

One evening she tripped and fell coming home after a party. She banged her head on the dressing table and her boyfriend patched her up. The next day he took her to the doctor and he took a look and popped on a couple of butterfly stitches. That evening she lost her temper and they had their first row. The following day she yelled at him again, continually, all day. The next day he was gone.

Helen was a nuisance down at the river and was universally disliked for her uncouth manner. Nevertheless she did well out of the boaters, many of whom were passing through and felt sorry for her. Her whining and crying paid dividends and she could afford to pay her way, somewhat triumphantly, at the riverside concessions. But as ever she was eventually chased out of there and back up the hill in the early afternoon.

People tutted and said that Helen was a disgrace to the town. She ought not to be let out on the streets. The authorities should do something with her. A smelly old nuisance woman, that was all she was, an embarrassment.

Helen would glare and shout her way back up the High Street, back to her tiny room in the sheltered accommodation and would take her medication from the health visitor. Then she would sleep and wait for another day to pass. And sometimes, in her addled head would appear flashes of clarity, a sense of where she had once been, when she had been happy. But these were mere illusion and existed only in her head.