Heading up to Birmingham’s mean streets for the weekend, and onwards to Lowestoft to get some solid writing done. And for the first time ever I’m packing a Kindle rather than a couple of paperbacks.

I finally invested £89 and bought one of these things. Have you got one? They’re much the same dimensions of your average paperback, but thin and flat, easily carried anywhere. And no, it’s not the same as sitting down with a proper book with pages and a cover, nothing like as good. But the sheer convenience of clicking into Amazon and having a book delivered instantaneously is pretty awesome. And, if you’re cost conscious, books cost generally next to nothing bought by this method. It’s no wonder most writers are living in garrets and starving.

So what am I taking away with me – what’s on the Kindle?

Well, I’ve just finished the excellent Dianne Gray’s The Everything Theory. If you like Indiana Jones stuff, body counts, cosmology and planetology as well as an open mind on ancient history you’ll love this adventure story with its clever epilogue.

What next? Well there’s Results Not Typical by the lovely Catherine Ryan Howard. I’ve started it but I’m afraid I can’t get into this one, but neither am I the target market for an unlikely tale which looks behind the scenes of the slimming industry. I’m looking forward to reading Catherine’s travelogue Backpacked though. (Edit – I’m chuckling away at the first few pages, can’t wait to pick it up again later.)

Now, here’s one that was recommended to me. It’s Twenty Thousand Streets Under The Sky, a trilogy written by Patrick Hamilton between 1929 -34. I’ve read the first book which tells of the age-old story of a chap beguiled out of his normal senses by a pretty face. Straightforward, not without its period charms of inter-war London, but I haven’t yet been tempted to start Book 2. 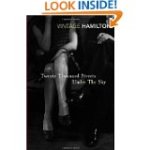 And finally (if one ignores the unsolicited freebie stuff that Amazon thinks you’ll like) is Michael Collins and the Civil War by Ryle T Dwyer. Like Tom Barry, Mick Collins is one man’s Cork freedom fighter, and the next man’s terrorist and murderer. I’m looking forward to getting into this one.

What’s on your Kindle? Do you stack up books – even though they’re read, like you stack up paperbacks on a shelf? Do you think that ebooks are the Devil’s own work? Let me know.

6 thoughts on “Kindling on holiday”