Across the purple sky, all the birds are leaving
But how can they know it’s time for them to go?
Before the winter fire, I will still be dreaming
I have no thought of time

This writing malarkey takes time, doesn’t it? It’s slowly dawning on me that, if I’m going to have a proper dart at it, then things are going to have to change.

Take today (Saturday) for example. If I were a proper writer I’d be tapping away now and most of the day either on Tess of Portelet Manor or on the revisions of a couple of pieces I’m doing for a local theatre group. In actuality the day is going to go something like this

Barbara Cartland wrote 722 books including 23 in a single year, Isaac Asimov 500. As far as I’m aware neither of them had to run Finance Departments as well, but presumably neither did they choose to watch rugby when they had the option of picking up a pen.

I suppose, with my two and a bit books I’m at least better than Harper Lee, who managed only To Kill A Mockingbird, Anna Sewell (Black Beauty, though she died five months later) and Emily Bronte (Wuthering Heights, though she too died young). 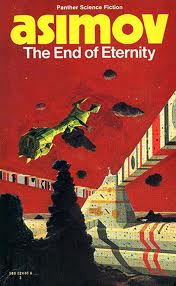 I suppose I don’t have to slump into the pub after work on a Friday, therefore writing off the evening. I could choose not to sit in the Royal Square over a pint on Sunday evenings, though that (quite sadly) is a highlight of my week. I could be feverishly tapping at the laptop building up a body of work, couldn’t I? At least with the track season coming to a close my coaching commitments will ease off somewhat. But something has to change and it’s mindset, not the excuse of not having time.

I have to share a couple of lovely comments about Midsummer, the sort of stuff that keeps you thinking that you may be doing OK.

I decided to treat myself to a read whilst enjoying an early cuppa and while doing so burst into tears. My hubby, reading his Kindle said, ‘That must be something to make you react like that’ and I replied, ‘God, Mike this man is a born writer!’

This morning, whilst reading it on the bus, as Woodbine Stores was mentioned in the book, so we drove past it! How genuine is that!. The narrative has a beautiful, descriptive and lively flow and the characters are really well rounded people. You definitely have a real talent for writing and I am in no doubt that we will see many more books penned by you.

And no, they aren’t paid-for reviews 🙂

3 thoughts on “Who Knows Where the Time Goes”