Gonna hear me some good music this year! A great start on 30th June/31stJuly with the Jersey Folklore Festival featuring Van Morrison, Joan Armatrading and Ray Davies. An eye-watering £105 for both days but you’d kick yourself were you to miss these legends. 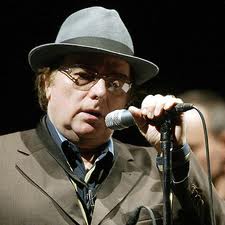 I’ve just booked to see Ian Hunter and his Rant Band in Birmingham in October. Hunter was of course the front man for Mott The Hoople and he’s done some fabulous work in a long, solo career since.

I’m going to try and catch Carol Decker (T’Pau) and Richard Digance in the UK somewhere along the way this year as well. I’ve a fancy to attend the Cropredy Festival in August, the Fairport Convention celebration of folk music where Digance always has a spot. Trouble is I’m hardly festival material, preferring my comforts. We’ll see.

You don’t get major bands in Jersey – the economics don’t permit it. One of the benefits of living in Dublin for a while was to be able to see The Eagles and Fleetwood Mac at a venue within walking distance.

But Jersey have hosted some good bands in the past. I suppose my favourite gig was Marillion at the Fort, performing their Misplaced Childhood album. The Dubliners, Steeleye Span, Tom Paxton. But generally promotors have caught too many colds by mis-reading the fast-changing trends in modern music and booking popular acts too late, once their star has fallen.

You’ll never lose money promoting the legends though and the Warrens are doing brilliantly in presenting top acts at Jersey Live and now the Folklore.

Where are my beads and kaftan?