As I’ve mentioned more than once before Jersey seems to have acquired more than its fair share of grumblers. You hear them in the street, in the shops in the pubs. You read them in the JEP letters column, on online forums and in blogs. They moan about anything and everything and never care to consider that, for every negative there surely has to be a positive. 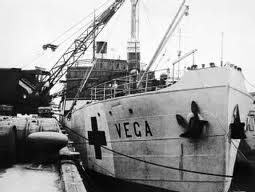 I’ve just discovered that this isn’t a new phenomenon. It’s taken me some time to read the extraordinary Jersey Occupation Diary by Nan Le Ruez but it contains some golden nuggets. Consider this one, for example. By the end of 1944 both occupied and occupiers were on the real verge of starvation, the food supply lines from France having been severed by the Allied forces in June of that year. Complete disaster was avoided when the Red Cross Ship Vega arrived from Lisbon. It contained a cardboard box full of goodies for each and every Islander with stuff like – soap, tea, chocolate, sugar, raisins, prunes, cheese, pepper & salt, Kam, corned beef, marmalade, Klim, sardines and salmon. Great, wasn’t it, for a population reduced to a diet of next to nothing? But what did some, at least, of the Jerseymen do? That’s right; they inspected each others boxes and grumbled that  their own box had no tea, for example 🙂 Maybe that’s where it all started.

Perhaps they were entitled to grumble a little later when another Red Cross ship brought much-needed medical supplies. The hungry Islanders watched slimming pills being unloaded (amongst other stuff, to be entirely fair).

6 thoughts on “Plus ca change”