Apologies to those who might follow this as a running blog.  My running continues to be very low key.  I dragged my ass out for a couple of short morning runs this week.  My group of five enthusiastic Couch to 5k students are into week six (of nine) this coming week.  But other than that I’m afraid that there’s nothing to report.

This weekend was pretty much wall-to-wall track and field, starting with the Diamond League in New York on Friday evening.  Did you watch it?  The weather was disastrous – heavy rain, windy and cold.  The athletes tried to put on a show but, for the most part, it looked a bit like a British League meeting.  The technical events – pole vault, high jump, triple jump were just survival of the fittest.  The blue riband 100m for men descended into farce with three DQs, one of which was a travesty.  Mullings beat Gay on the dip with the time irrelevant. The middle distance events were better and I was happy to see the Irish trio of Britton, Reilly and Cragg showing up very well, the girls with PBs and Cragg with an SB.

So onto Saturday morning and the more prosaic setting of the FB Fields, Jersey. Spartan’s technical officials’ education appears to have been approximately nil in recent years.  The nice little cadre of qualified and reliable officials we once had have, naturally enough, mostly disappeared.  In some desperation I had arranged to deliver a basic timekeeping course together with our one competent timekeeper Carl Prosser (I am rubbish) with the assistance of Jim Evans with his Starter’s gun. 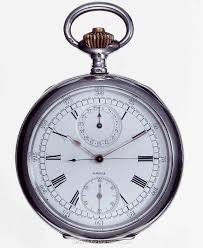 Happily we had ten or so attendees, including three from the schools.  A half-hour theory was followed by a practical exercise where three young athletes (thank you William, Florence and Olivia) were timed in ‘pretend’ races and were measured against Carl’s master watch.  We gave feedback in between the races so that the trainee timekeepers could adjust their technique appropriately.  In all a very worthwhile couple of hours which will stand the sport in good stead.

A quick spot of breakfast and back to the track where it was great to meet the elite British hammer thrower Mick Jones.  His students consisted of club record holder Donny Rocket and the experienced Catarina Hallden together with young

athletes Ed, Will, Yuri and Josh.  Mick’s input immediately had a positive effect on the two experienced athletes.  I raised my eyebrows when Mick got all the youngsters immediately onto a turn and release – I’ll do that in future rather than insist on swings and standing throws.  Two and a half solid hours of focused practise will have done the athletes a power of good.

And it was straight back into it this morning, Sunday.  The New York-type weather had reached Jersey and we simply had to cancel the Minis session.  Mick Jones reappeared and set up an indoor routine for the hammer throwers, the idea to reinforce the foot movements involved in the event; also specific weight-swinging drills to strengthen both muscles and muscle memory.  Great stuff Mick and I hope we see you again before long.

No rest for the wicked.  The history book Athletics in Jersey is almost ready to go to press.  However it needed another proof-read which took most of the afternoon.  Happily my name will be one of those on the cover though Chris Lake has done the majority of the work. 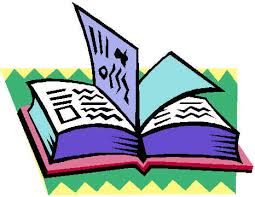