Times past there weren’t too many Islanders that gave a flying fig about rugby.  The local team were OK, occasionally good.  They gave as good as they got on a mud heap opposite the airport.  Entry was free.  You could get a beer in the hut which then passed for the clubhouse before the match.  Then when you heard the tribal roars from within the changing rooms you’d file out into the rain and watch a rugged match of variable quality.  If you put a brolly up against the elements you were yelled at (quite rightly) by those whose view you blocked.  Afterwards the hospitality in the bar was legendary and the police weren’t much bothered about the bloothered state most of the clientele drove away in.

How things change.  Not being a rugby afficianado I’m not too sure exactly of the timelines and the processes. But yesterday JRFC found themselves promoted to the third tier of English rugby.  Next season they will host the likes of former giants Coventry and Rosslyn Park, and Birmingham/Solihull, just relegated from the second tier.  From a group of good old boys from the old amateur era the club is now highly professional, a necessity in today’s rugby world.  The ground is as good as any at this level.  The Academy is remarkable and hoovers up the majority of those young lads (and indeed lasses) with a sporting inclination.  The 4,000-ish crowd yesterday will have contained many who, until recently, would not have spared a glance over to the pitch when driving past. 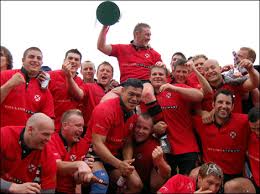 What then of other sports?  Both colourful chairman Bill Dempsey and head coach Ben Harvey were both quick this weekend to express the hope that other Jersey sports would follow their lead.  Indeed soccer, mired in a mindset of latter days, has been left far behind.  Cricket has made great strides since I packed up playing (a coincidence) and now has an international profile one would never have dreamed of ten years ago.  Ultimately the size of the Island and the loss of its young stars to university will prove the limiting factor. Athletics likewise has raised its standards hugely in the last ten years but is faltering and will slide without renewed commitment.  Netball is punching beyond its weight at national level, all credit to those involved.  Swimming has probably been the most enduringly successful of all of our sports down the years but seems to have little further scope for expansion.  Those are the major sports; I hesitate to include bowls and shooting.  Consistently successful at international level they require little by way of physical preparation, just a great deal of 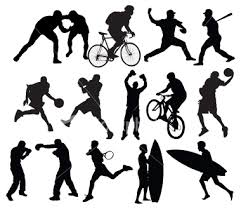 But I echo local journalist and friend Chris Lake.  For an island of 90,000 people we show up remarkably well on the national, and even international, stages.  We stage great events here in Jersey and send our sports people all over the world flying the Jersey flag with great distinction.  For example, only this week young Stanley Livingston and Rosie Hill, Spartan Minis only a couple of years back, medalled in the Jeux des Iles in Palermo.

The danger is in taking the foot off the pedal thinking the job is done.  That is the road to rapid decline.