Yesterday I pulled on my Frees for the first time since last Sunday’s meltdown.  I trotted gently over to the FB Fields and did a bit of easy running around the grass.  Onto the track and, randomly, I decided to do a few sprints.  So back to about the 130m mark and I knocked off five of them at pretty much my top pace.  And that was it for the week. 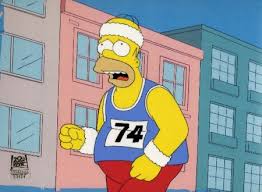 runner who is not going to get any better.  And in particular I’m not cut out for marathon running.  I’ve started four, DNF’d badly in the first two before at least finishing the next two.  That’ll do me.  Back in the early days of 2003 when I took up running, 8-10 weeks in I was still struggling to run for 20 minutes straight.  I consider what I’ve done since then to be a fair old achievement.  In the process I’ve gotten pretty fit and healthy as well as keeping the waistline in some sort of check, and I’m happy with that.  I’m not going to pack in running but it’ll be confined to going out when I feel like going out and running long, short, easy or hard as the mood takes me.  I guess I’ll still run in some local races but I’m not going to kill myself going after PBs.  I’ll continue to coach beginner runners as the opportunity arises and try to encourage them to seek out the great benefits, both physical and mental, that running for fitness can bring. That’s the best thing I can do in the future.

Stepping back a bit will also give me more time to devote to coaching the youngsters.  A bit of shot on Thursday and javelin this morning as well as leading the Minis outdoor session.  It’s one of the best things I ever did, getting into track & field coaching – it was pretty much against my better instincts at first but I wanted to help out at a time of coach shortages.  Now I love every minute of helping the youngsters improve and having a bit of fun in the process. 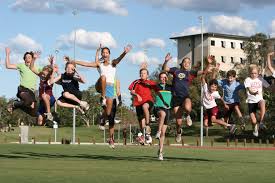 I’ve also decided not to be a ‘squeaky wheel’.  There is so much NOT HAPPENING at Spartans right now.  I avoided the AGM on Thursday simply to retain my equanimity.  If I’m not prepared to dive back into committee work (which I’m not) then I’m not going to snipe or criticise from the sidelines.  Let others do that, I’ve had my chance.  I’ll just get on and do what I enjoy, as long as I’m allowed.  Life’s short but it ought to be long enough.

The Jersey Athletics History project is weeks away from completion.  The book is pretty much written and Chris Lake is presently setting it out ready for printing and publishing.  Chris has written most of it, I’ve written two chapters and Colin Campbell one, with sizeable contributions from Pete Drinkwater and Sue Le Ruez.  I’ll be doing the final proof read.  It’s been a big project (bigger than Chris imagined when he started it) but we hope that it will be a ‘good read’ and a far different animal from Ray Hollis’s scholarly Guernsey history which was some seven years in the making.  My only concern is that, inevitably, some important names won’t get a mention.  It’s only once you start something like this than you realise how many good people have been involved down the years.

In other publishing news Chris is also laying out my own first bestselling novel which, you’ll not be surprised to hear, has more than a echo of athletics about it.